A Few Recent Photos(click to enlarge) 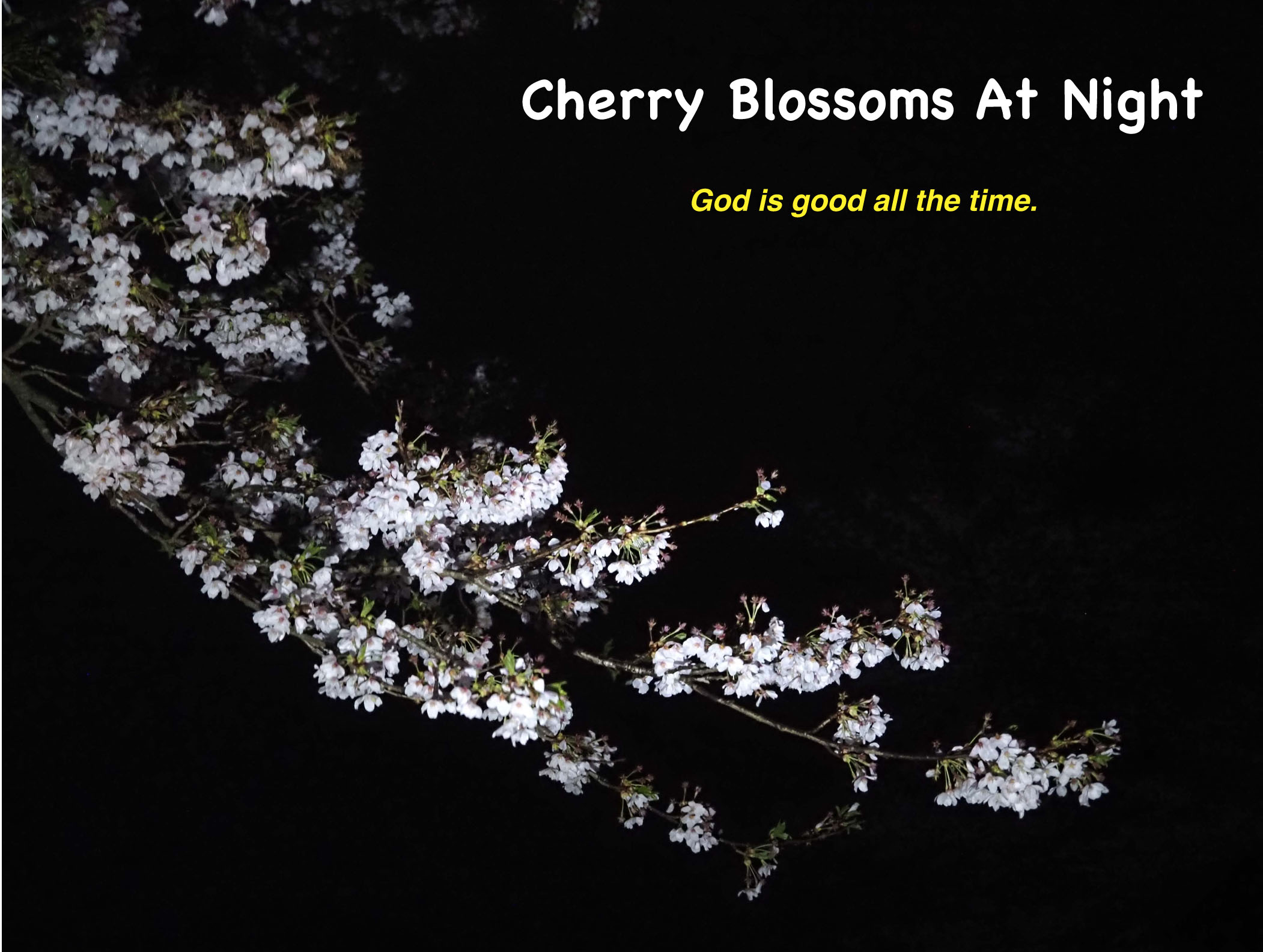 April 15, 2022Tonight, I went for a walk with a flashlight and camera in the large, empty parking lot near our house in the foothills of Hakusan City. This poster and the following thoughts resulted.          The cherry blossoms are beautiful even when there is nobody who sees them. Likewise, God is always good. When we shine a little faith-based thankfulness upward, we can see this wonderful but often hidden reality much more clearly. 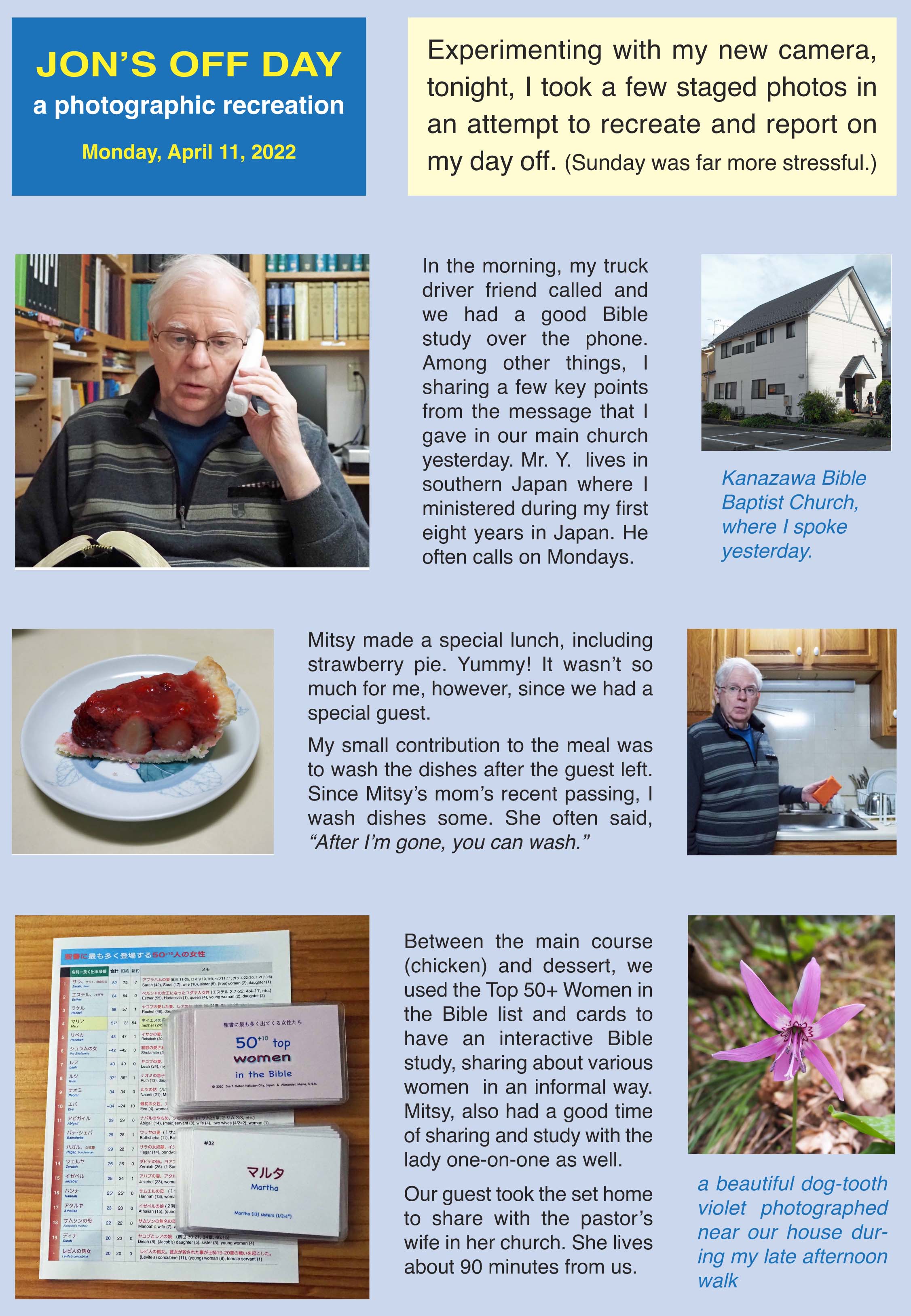 April 11, 2022This is a somewhat staged photo report on Jon's day off, Monday. We had a special meal including strawberry pie because of a special guest.      After the meal we had an informal sharing and study time using the Top 60 Women in the Bible list and cards. Click on the page to enlarge. There is even a photo of Jon washing dishes. The photo is staged, but he really did wash the dishes. 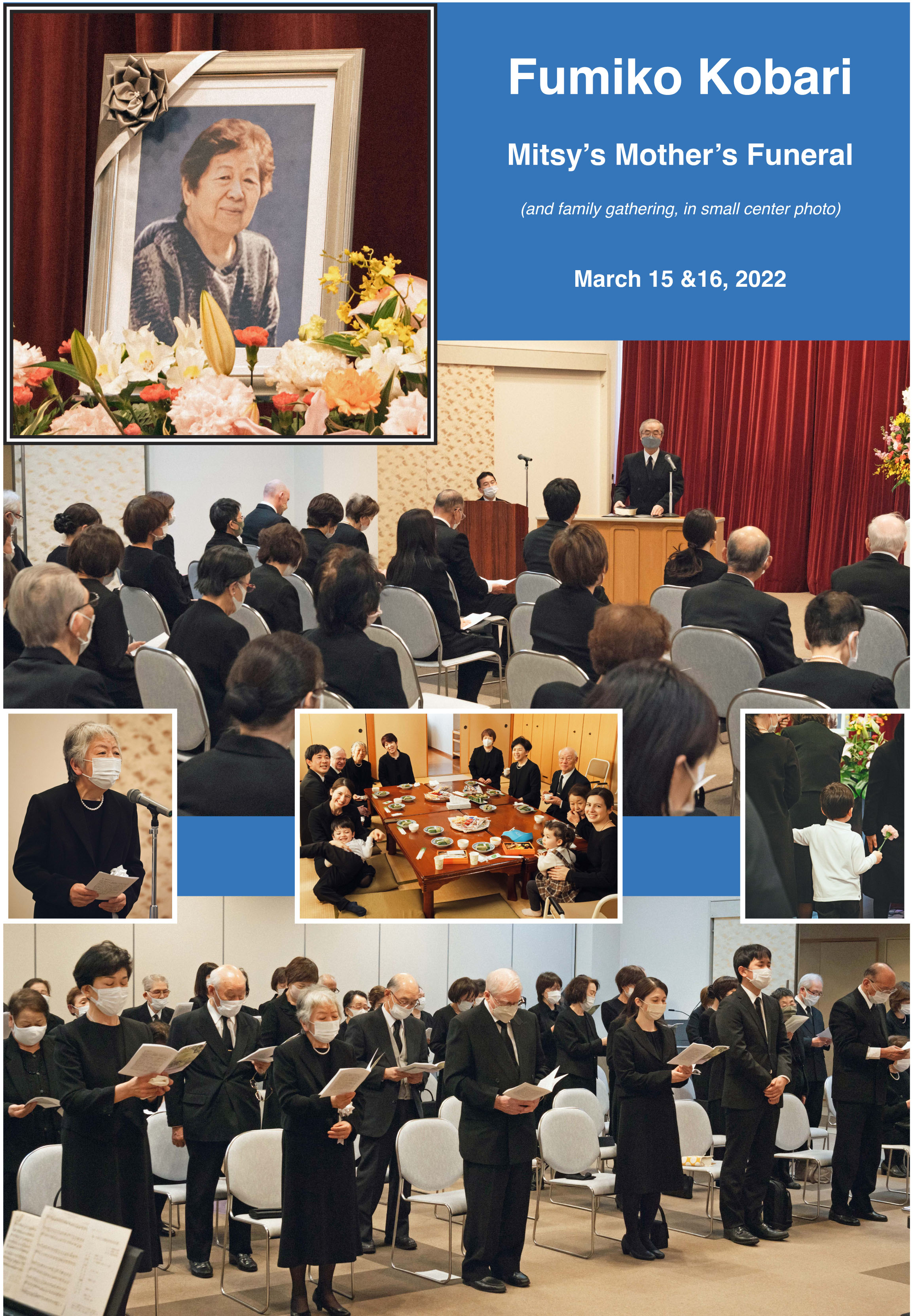 March 17, 2022In February, we celebrated Mitsy's Mom's 90th birthday, but last Sunday evening she suddenly collapsed and went to be with the Lord. (There was a sudden break in an intestinal artery.) Her funeral was March 15 and 16. Family members and friends from a number of churches were with us. Pastor Saito gave a gospel message, and Mitsy spoke briefly at the end on Mom's salvation and life. 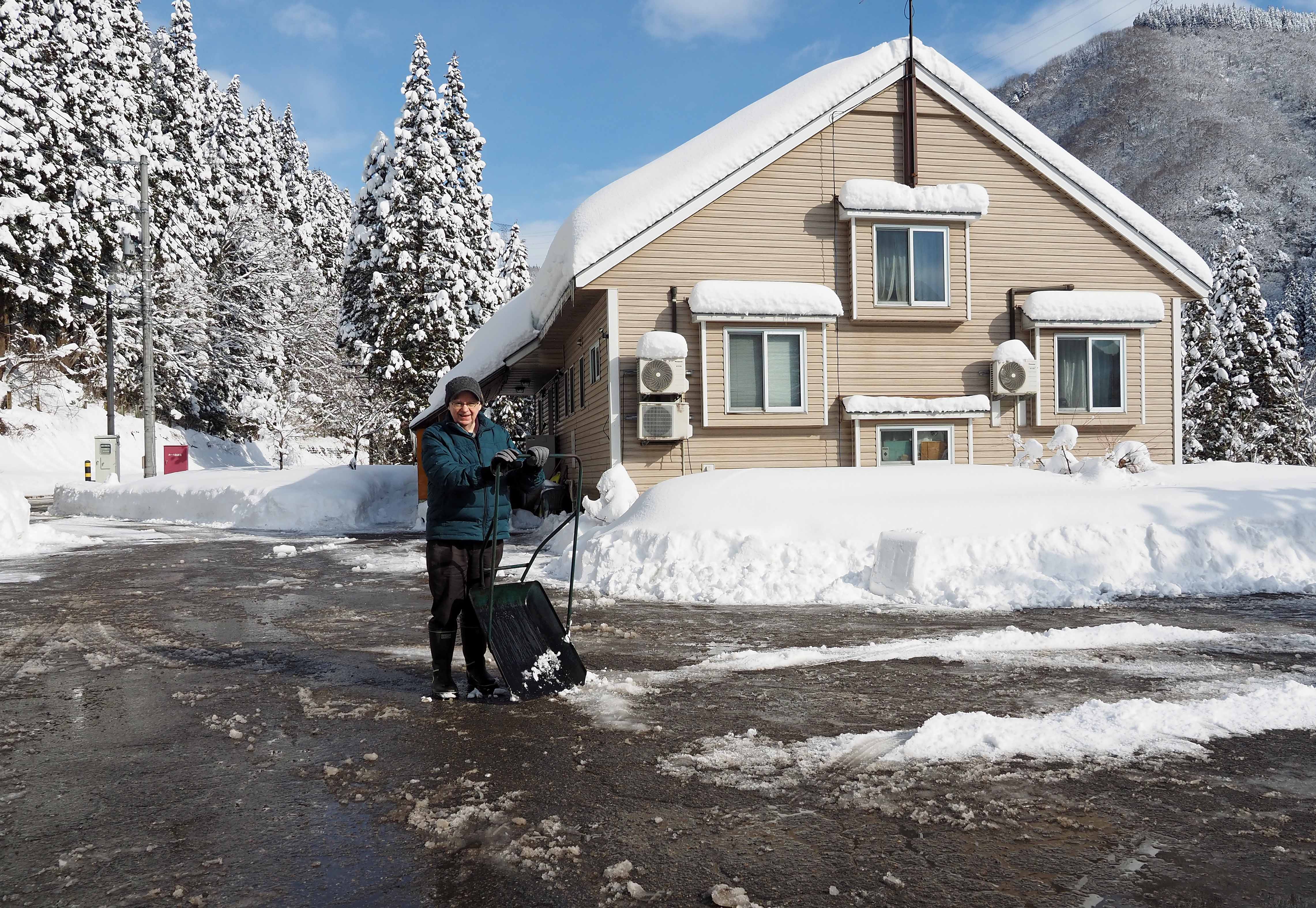 February 7, 2022This seems to show that Jon removed tons of snow, but it should be obvious that a greater power was at work! There is one scoop of snow in front of the lower central window that I actually moved. We serve, but THE WORK is of the Lord. 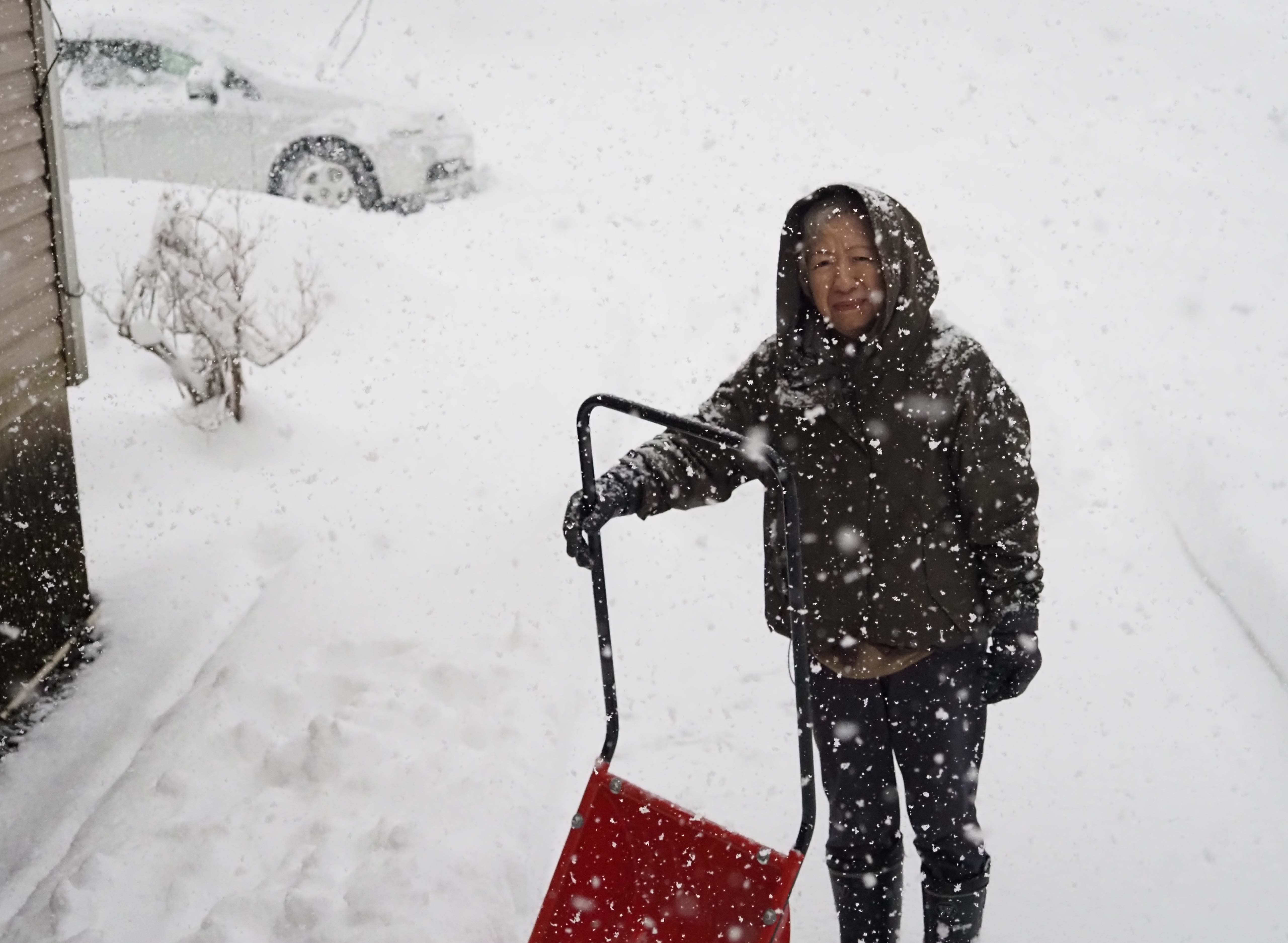 February 5, 2022Mitsy doesn't like this photo, because the hood on her jacket makes her face look large, but Jon likes it since it helps show that Mitsy is a hard worker. 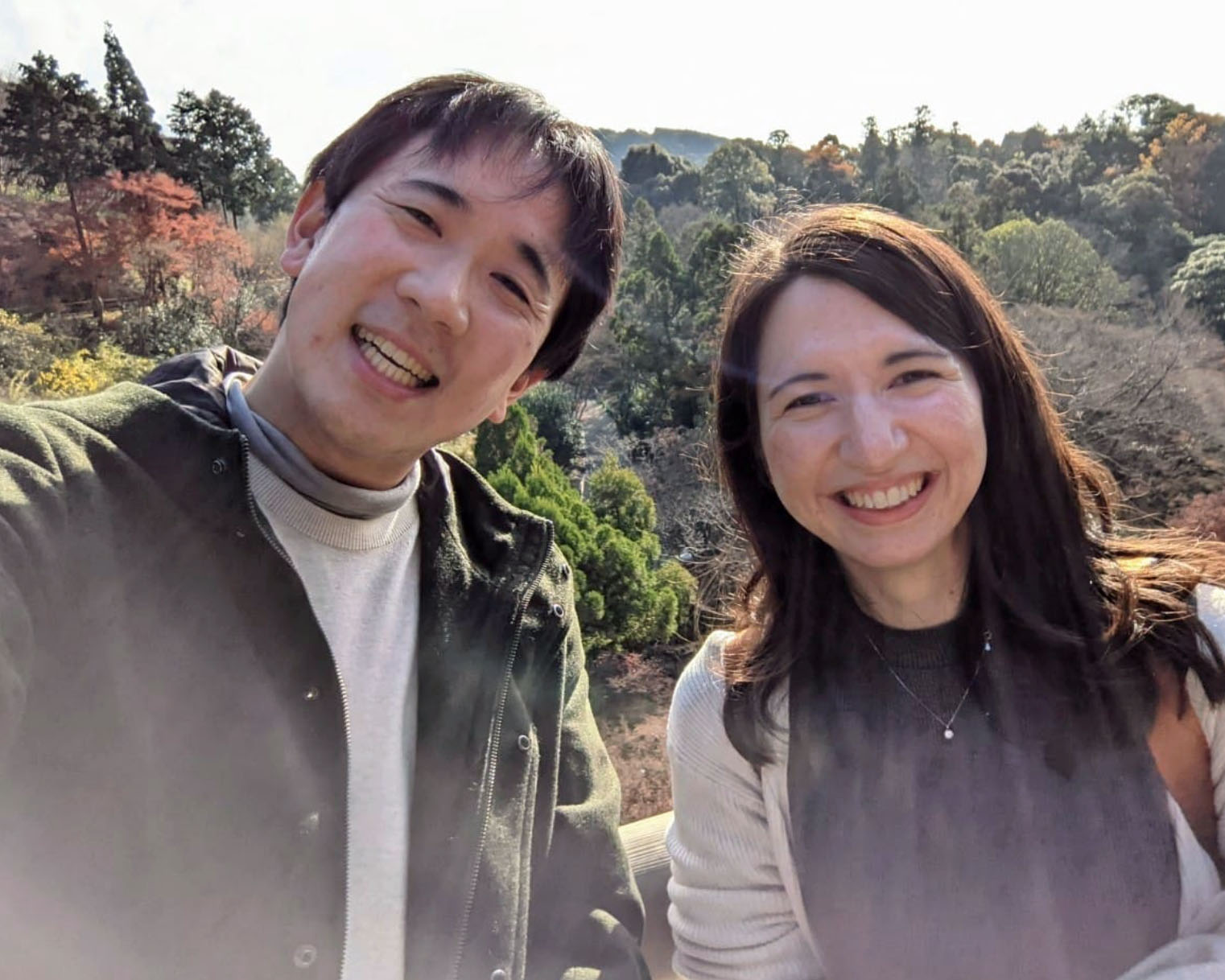 Fall 2021Yumi and Eriya (Elijah) on a date. They are now engaged to be married May 5, 2022. Eriya is the assistant pastor of Kameoka Bible Baptist Church near Kyoto. 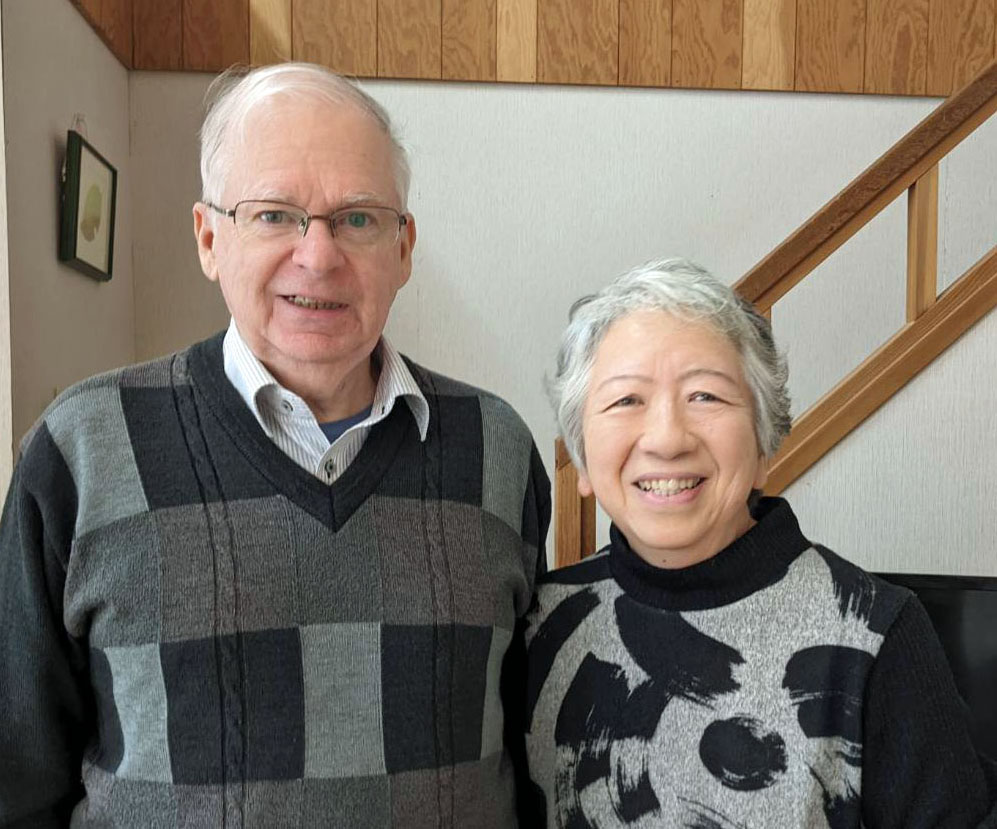 A Few Old Photos(click to enlarge) 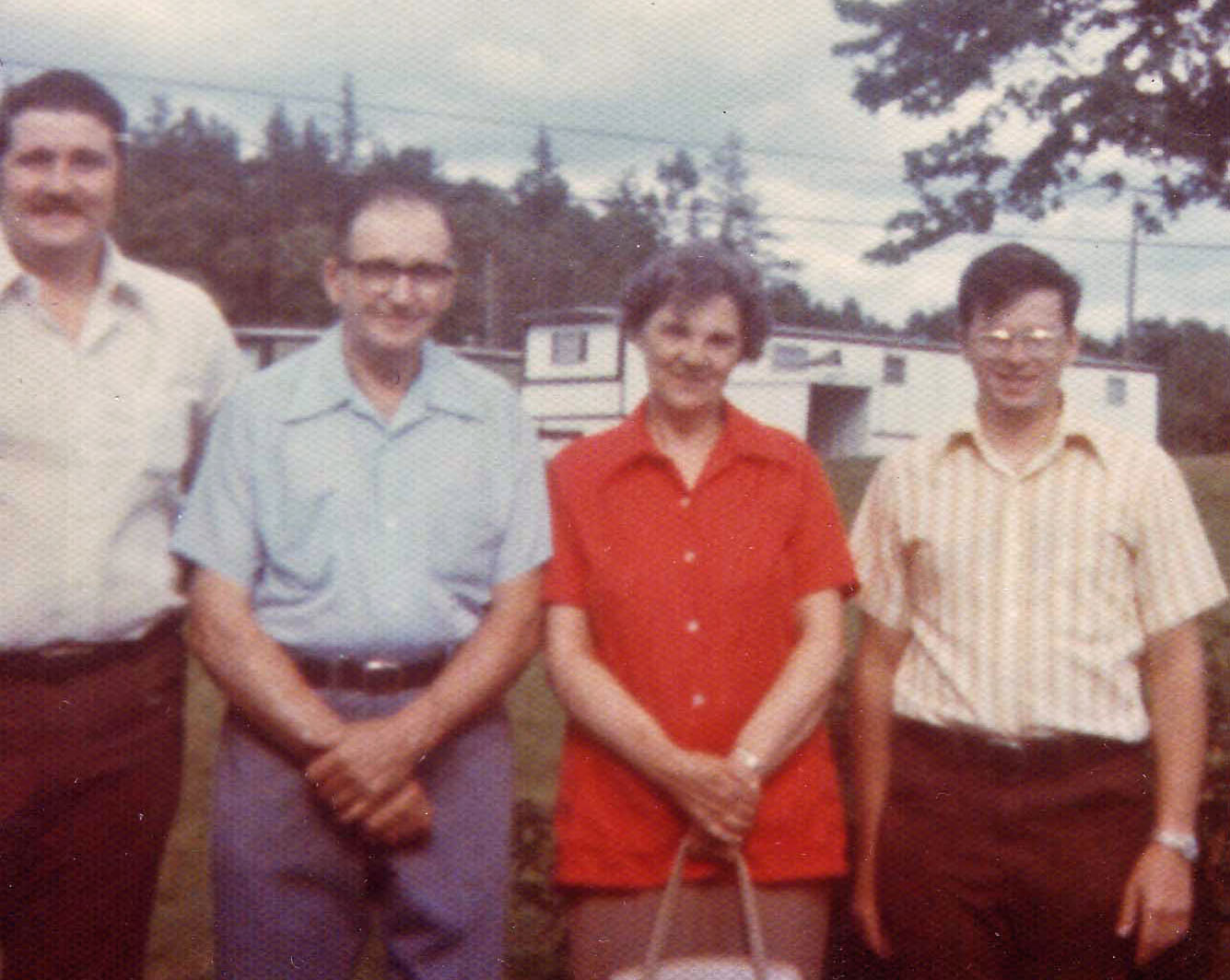 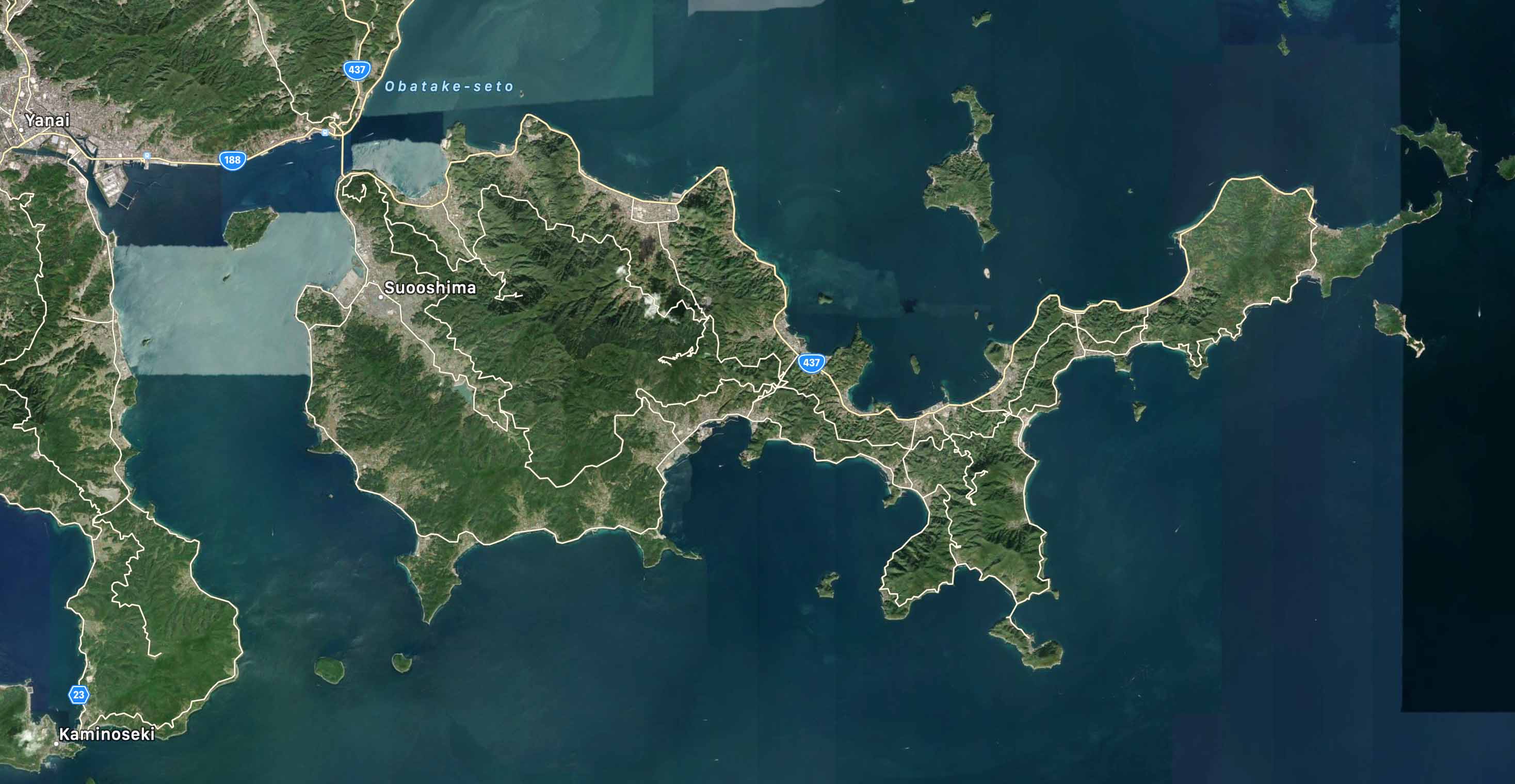 Oshima Island, Yamaguchi Ken (south-central, Japan), where Jon ministered, mainly to children and youth, from 1976 through 1983. He still often talks, via phone, to a believer in Yamaguchi City. 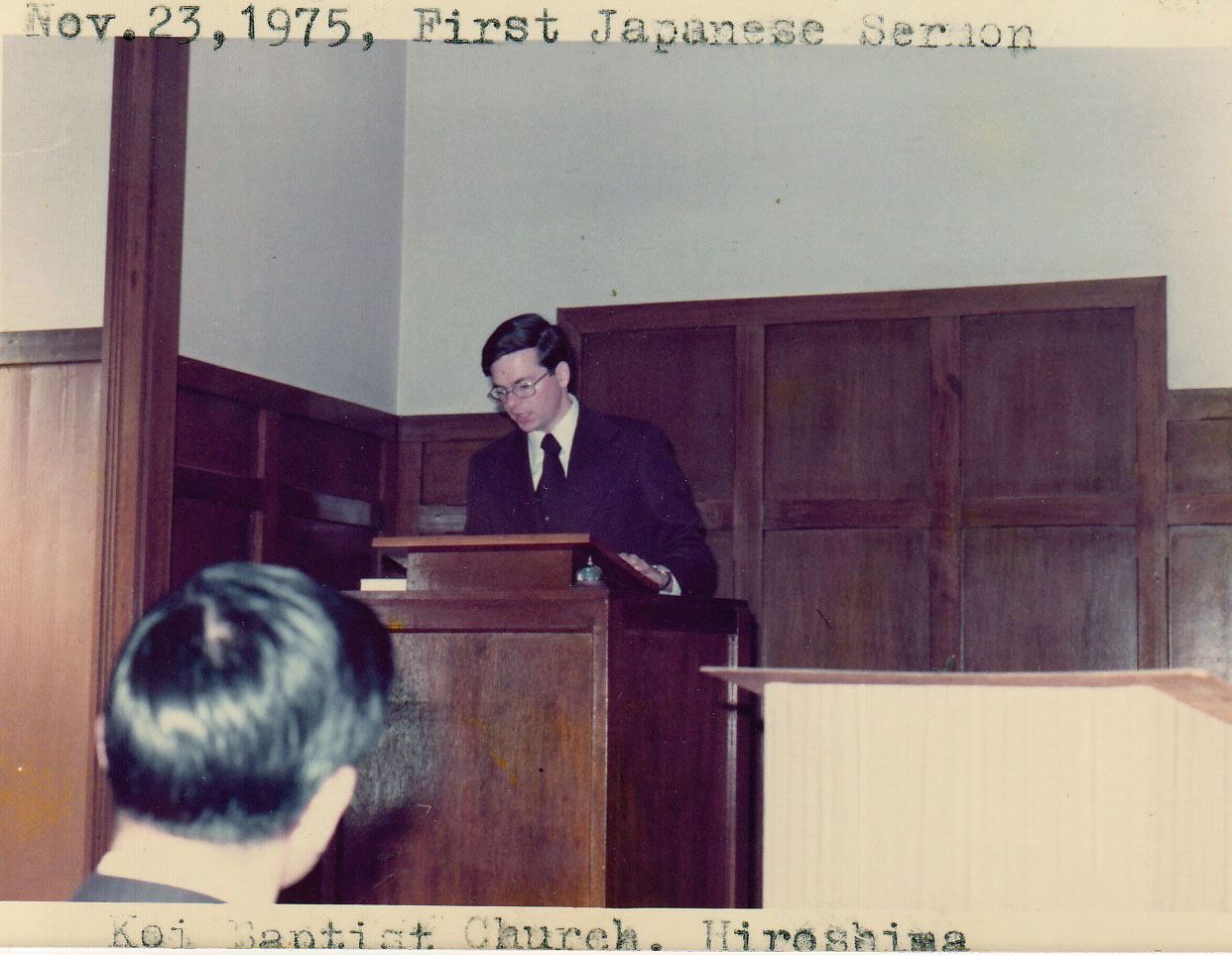 Jon preaching for the first time in Japanese, November 23, 1975 at Koi Baptist Church in Hiroshima. The message was on Job chapter 28, and as you can tell from the photo, it was read from written notes. 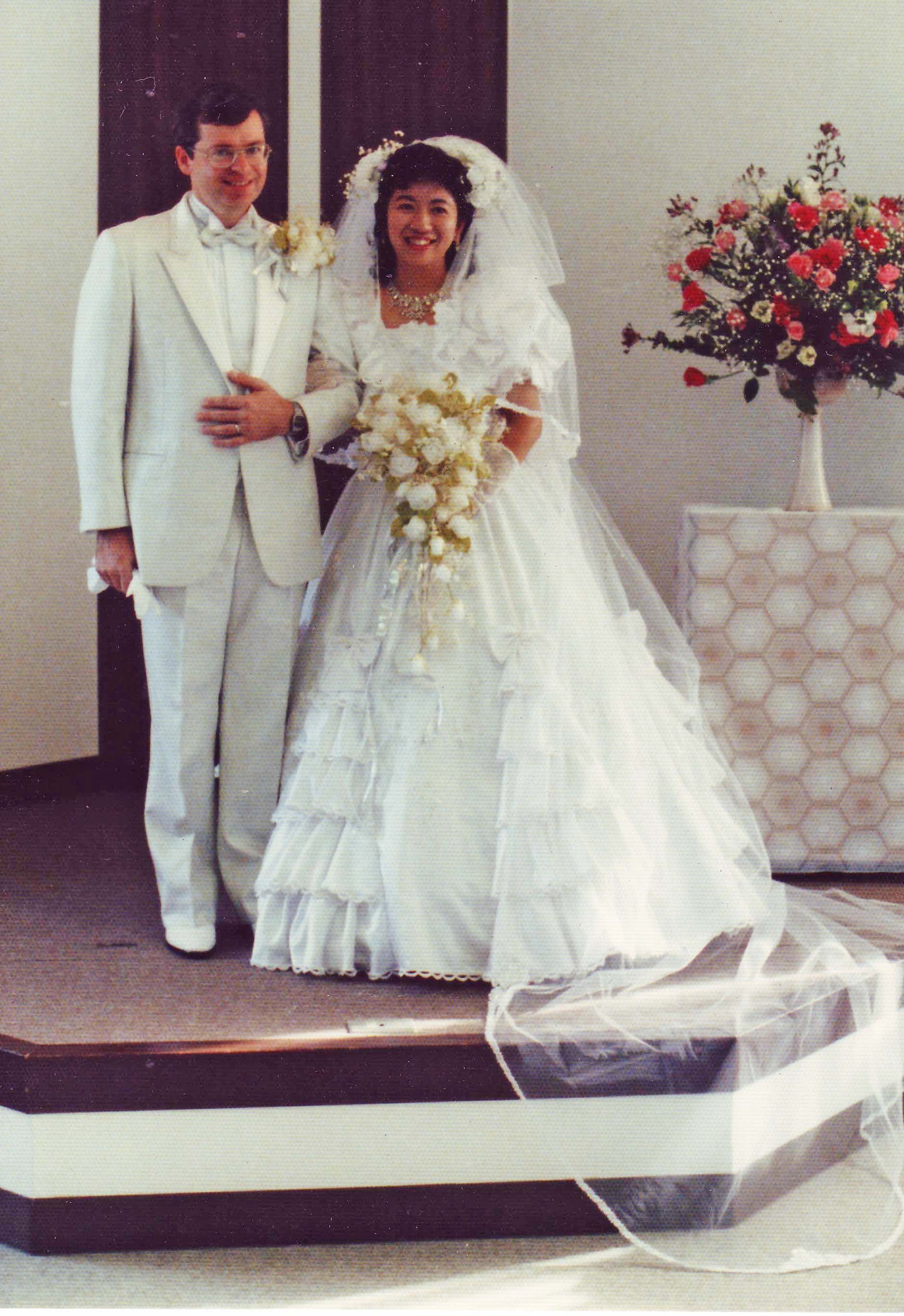 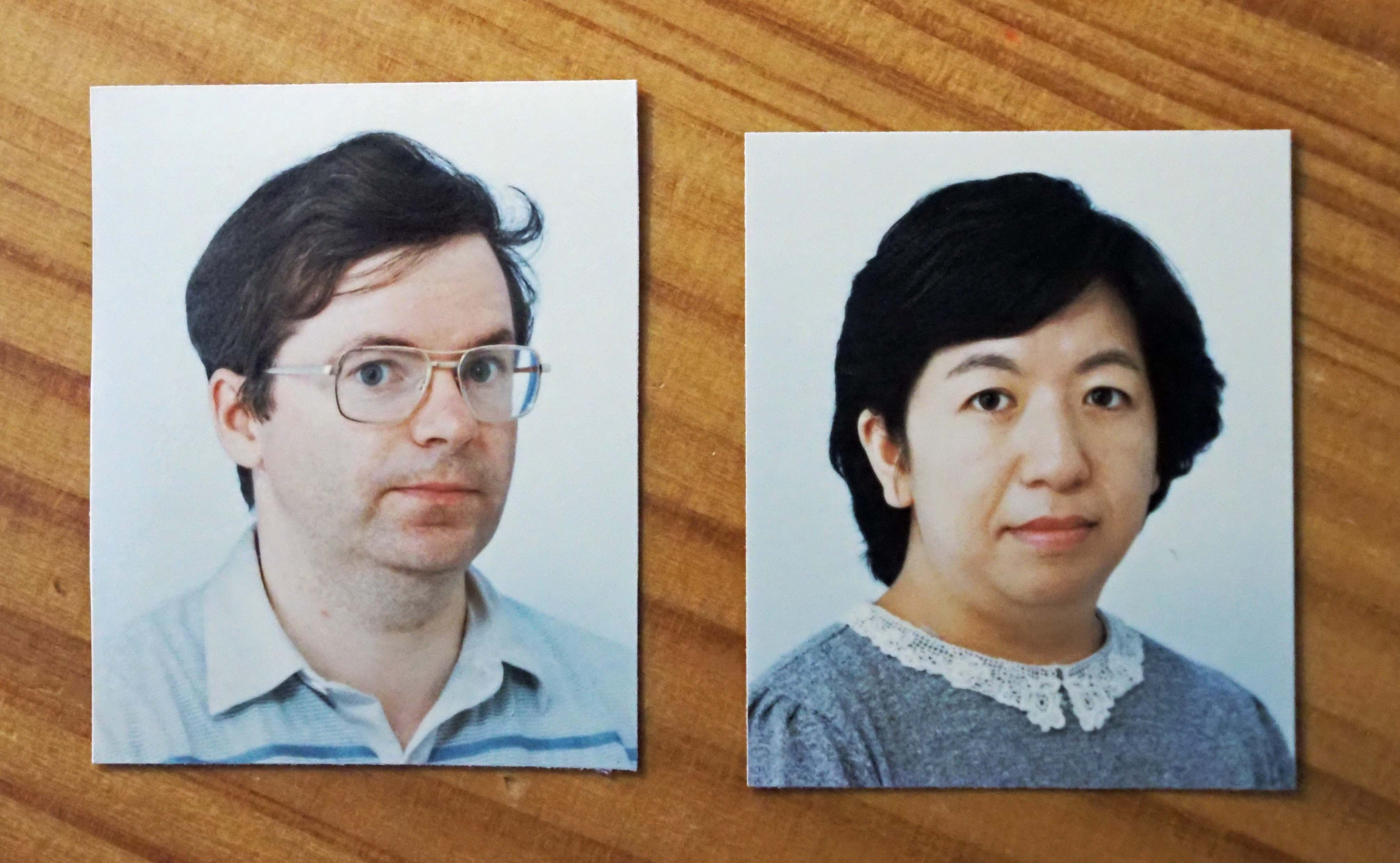 Passport photos of Jon & Mitsy, 1988, shortly before going to the U.S. for our first "home assignment." 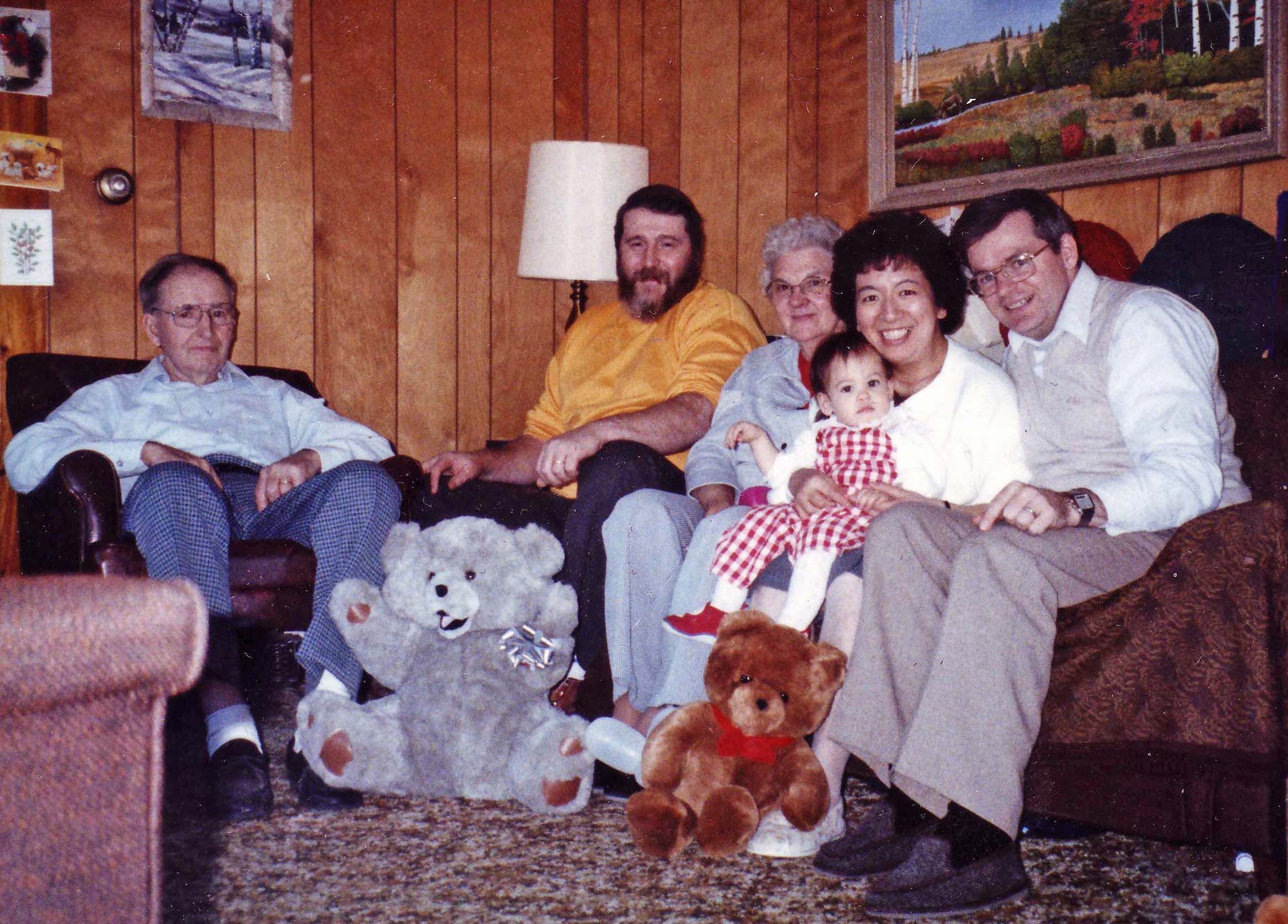 With Jon's family in Maine, Christmas 1988, during our first family home assignment in the U.S. and Canada -- Amy was 14 months old. 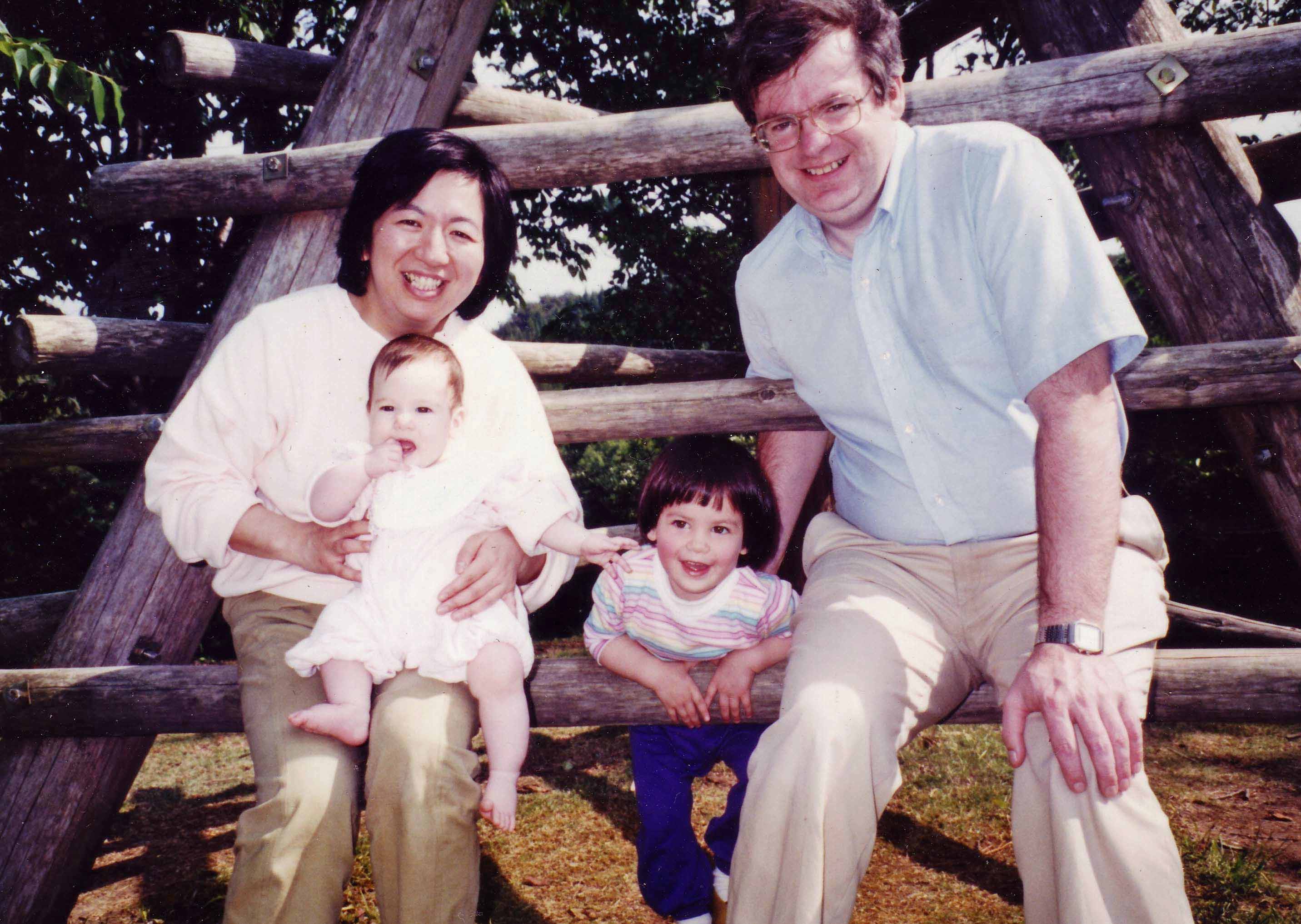 May, 1990Noto, Ishikawa, JapanAmy was two and a half.Yumi was seven months. 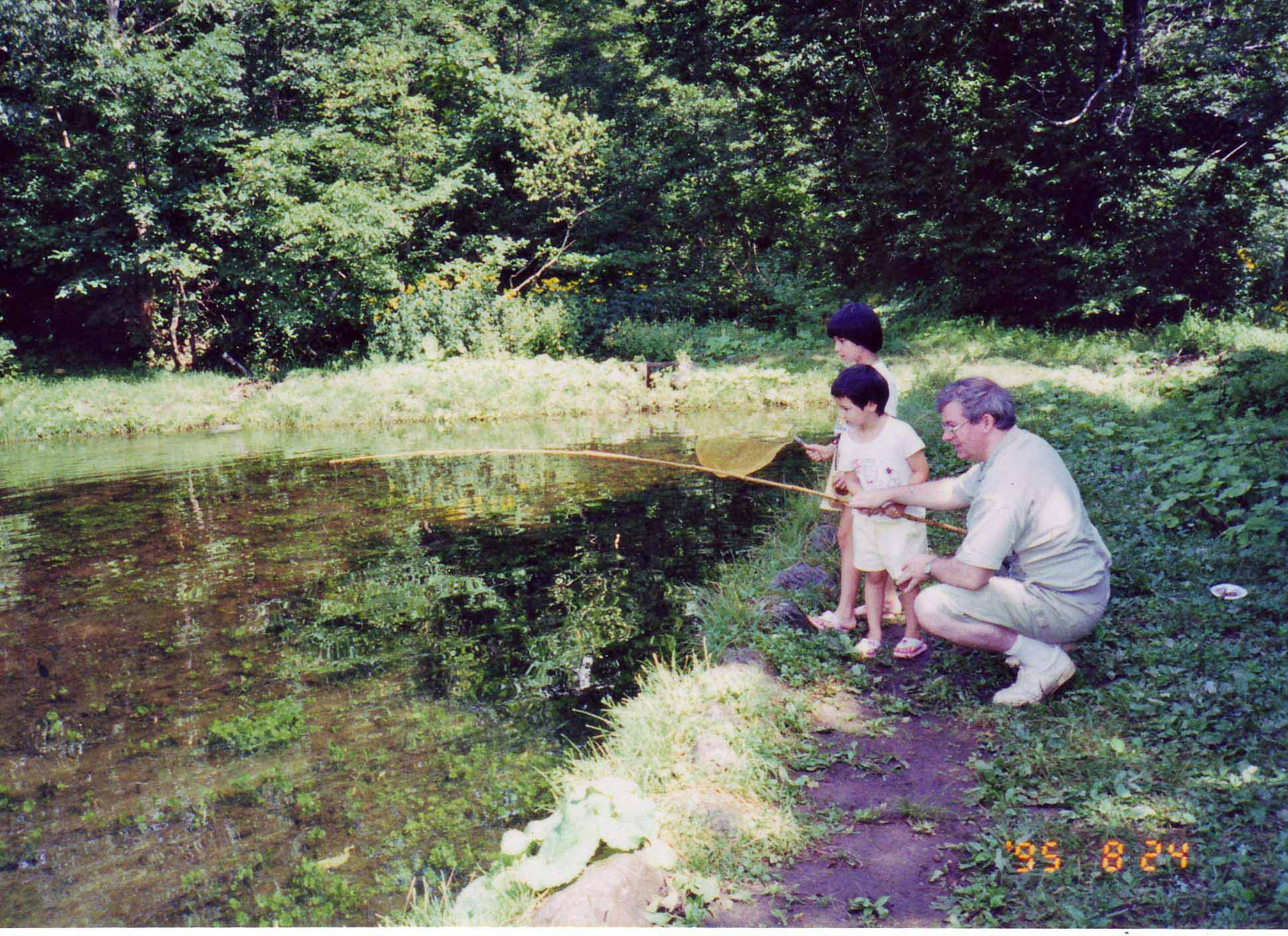 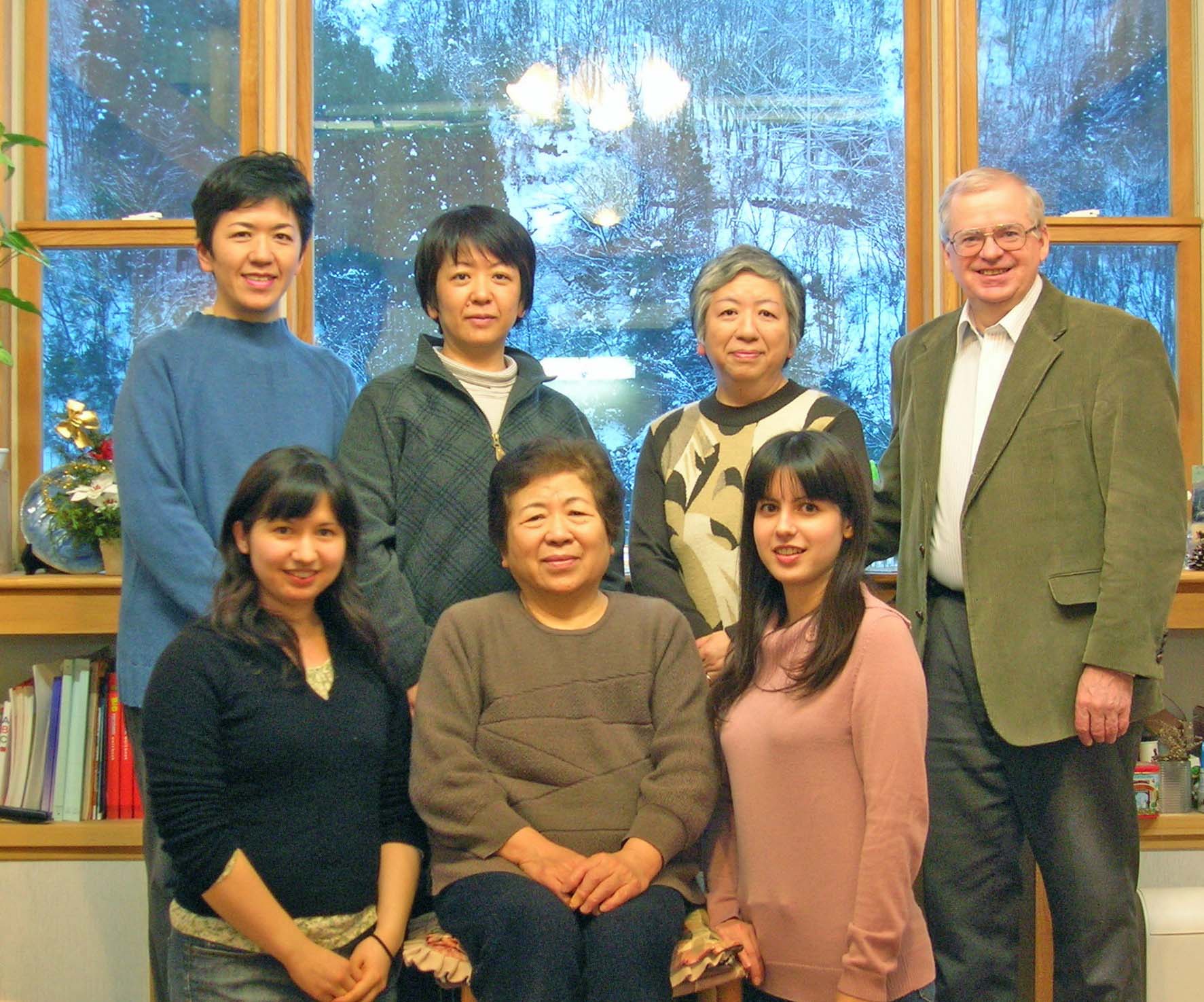 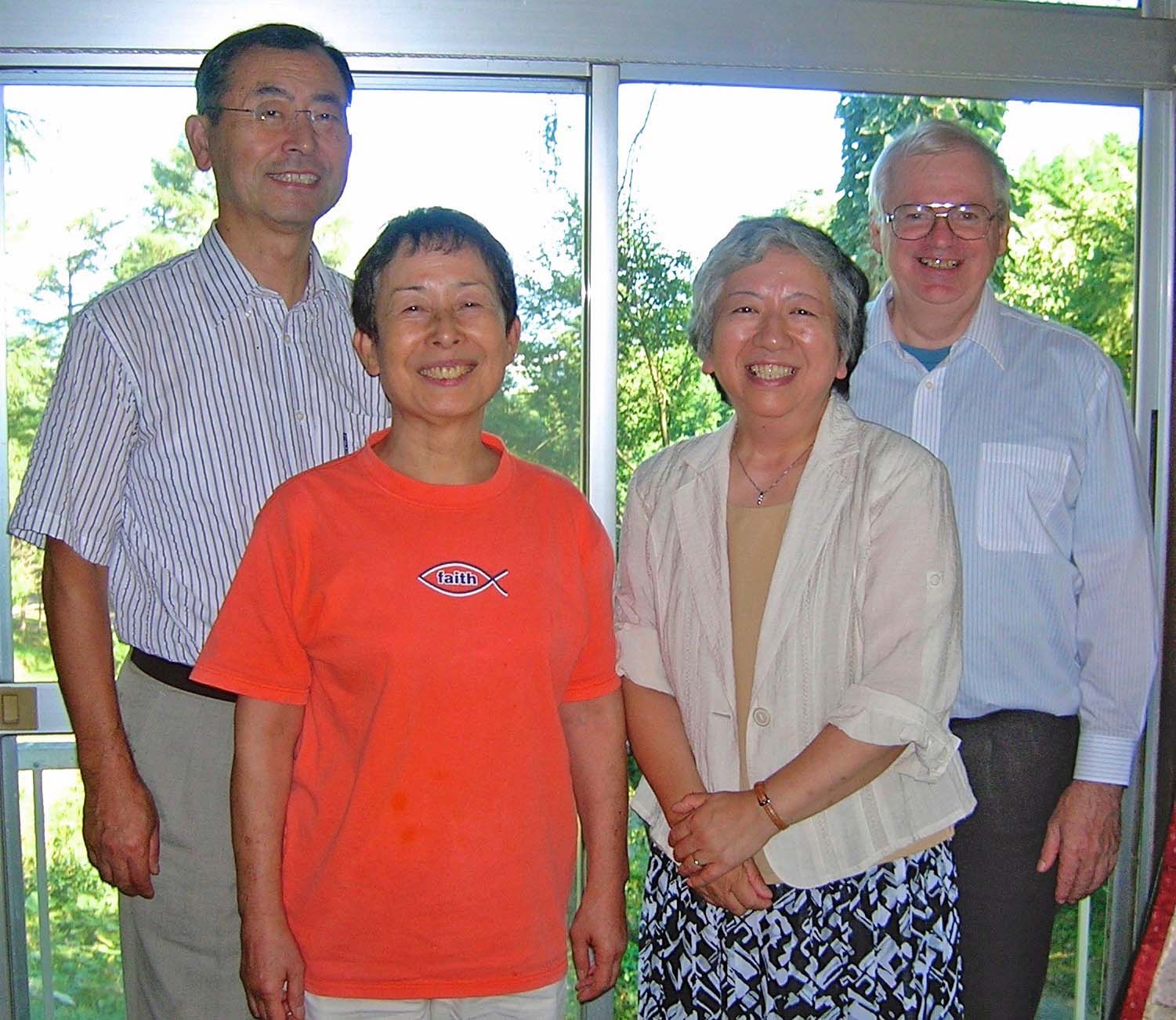 With Pastor and Mrs. Takahashi in Fukushima, the nuclear disaster area. Mitsy is from that area. So we visited twice in 2011 to help out some. 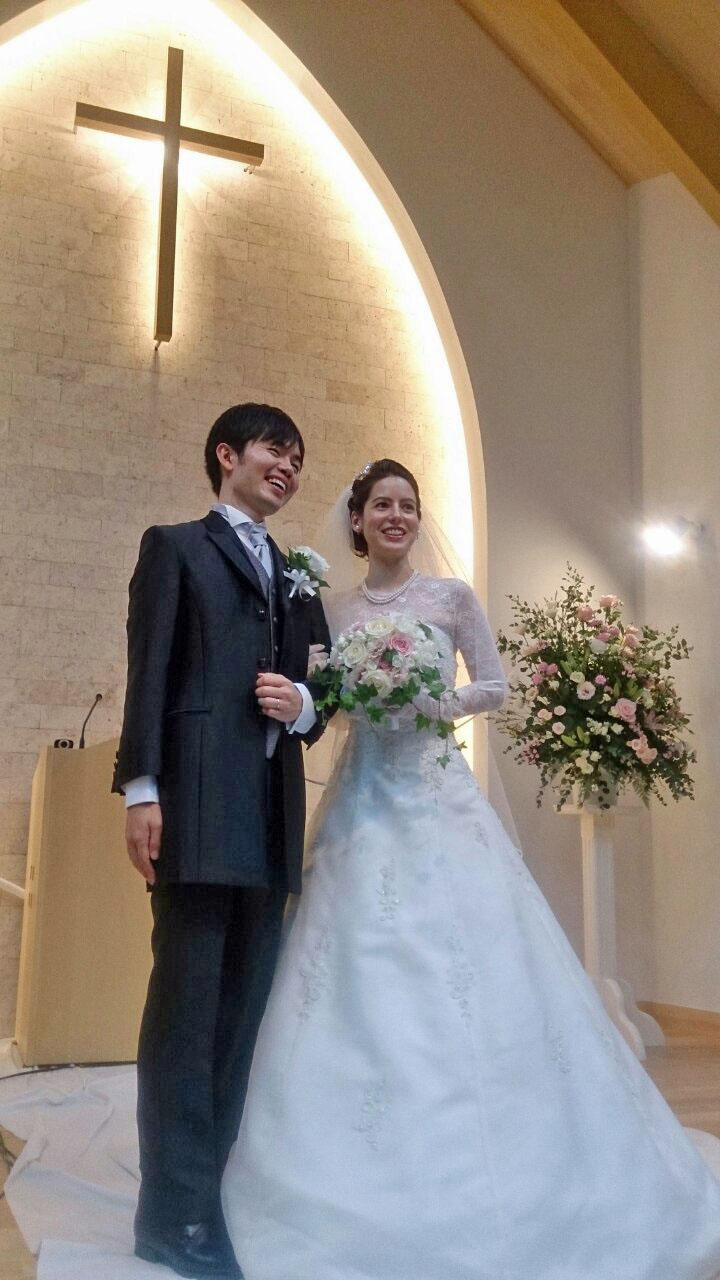 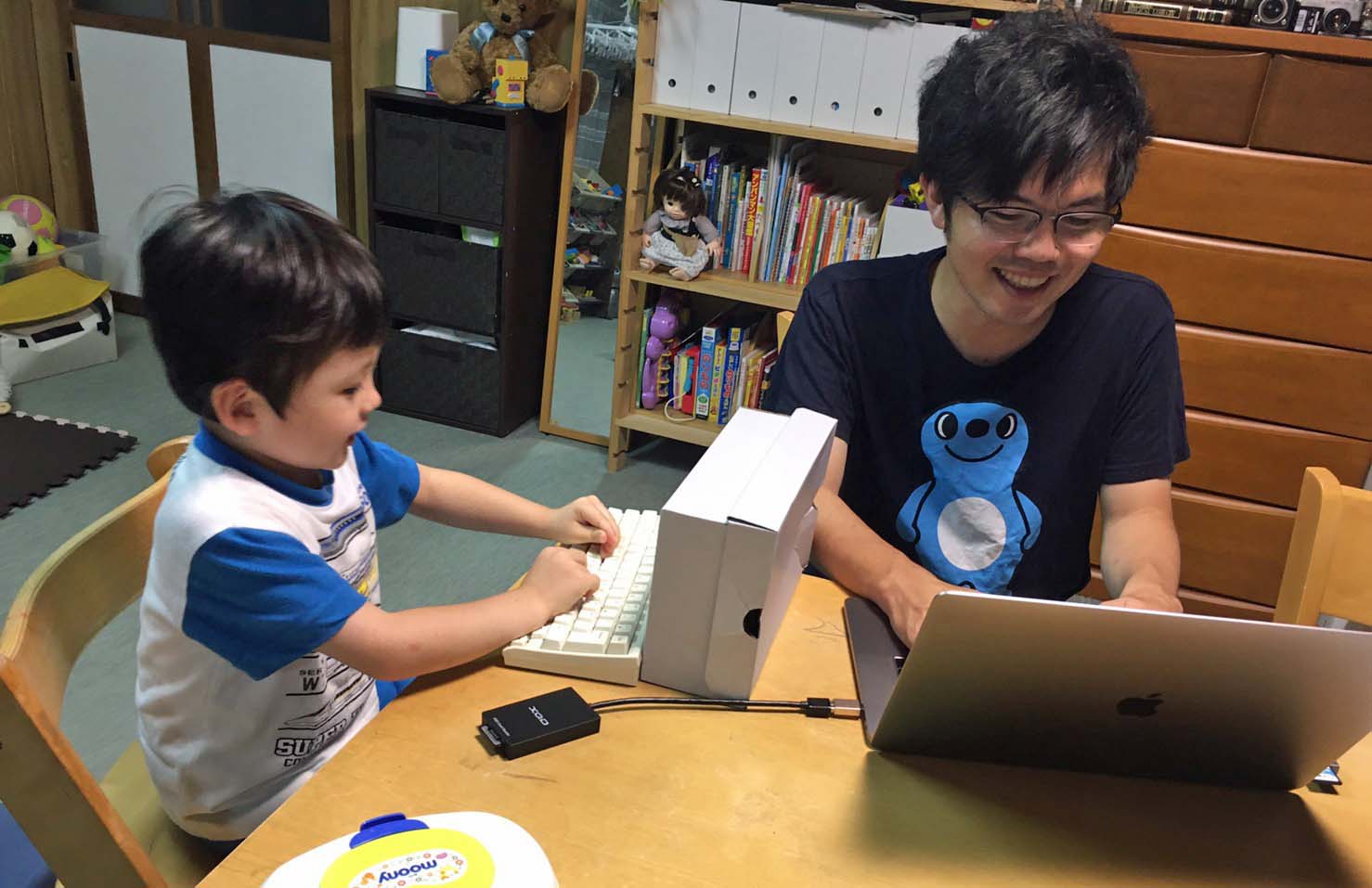 Late Spring, 2021Pastor Ken working on his laptop and our grandson Kaichi (then nearly 4) typing on an old keyboard while looking at his pretend screen. 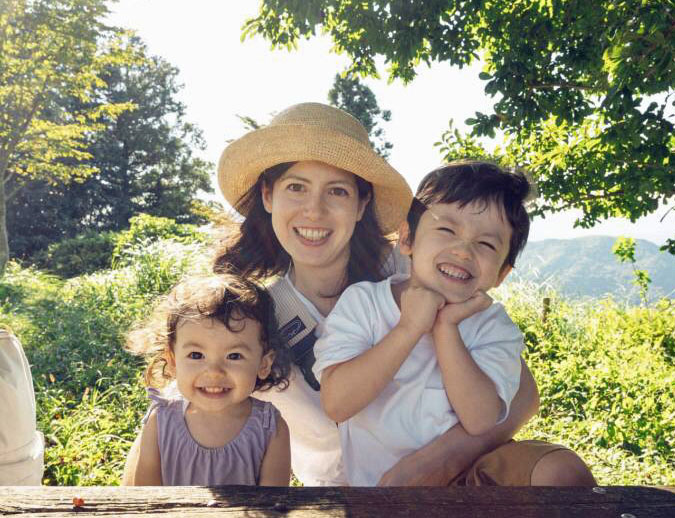 Late Summer, 2021Amy, grandson, Kaichi (4) and granddaughter, Chiho (18 months). Somewhere near Mount Fuji which is only a couples hours drive from their church. We wish they lived closer to us. We live over six hours away. 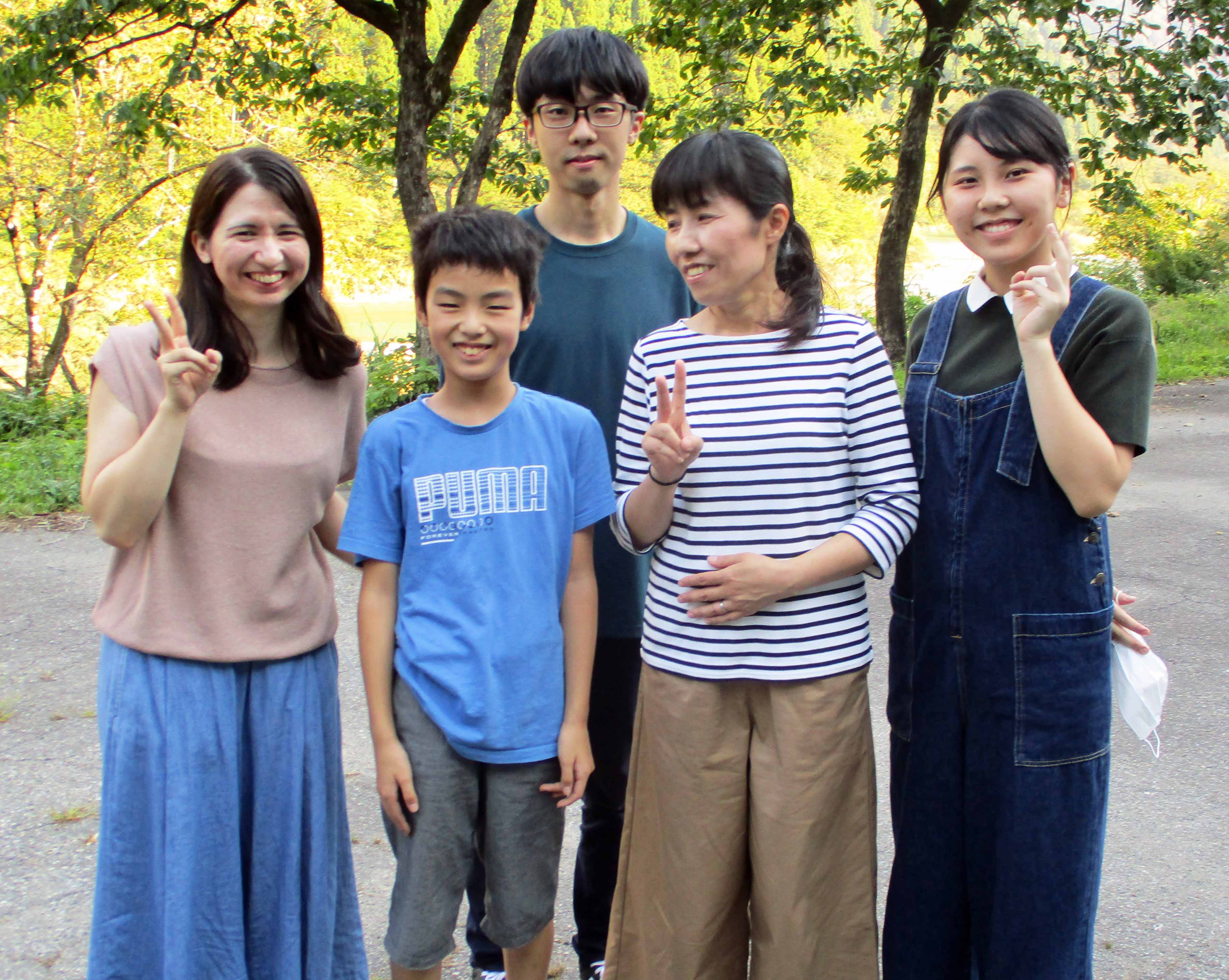 Late September 2021Yumi (left) with a small group from her church that came for a few hours of fellowship and mini-Bible studies using the Bible Top 55 cards. Yumi lives in Toyama only about an hour and a half from us. 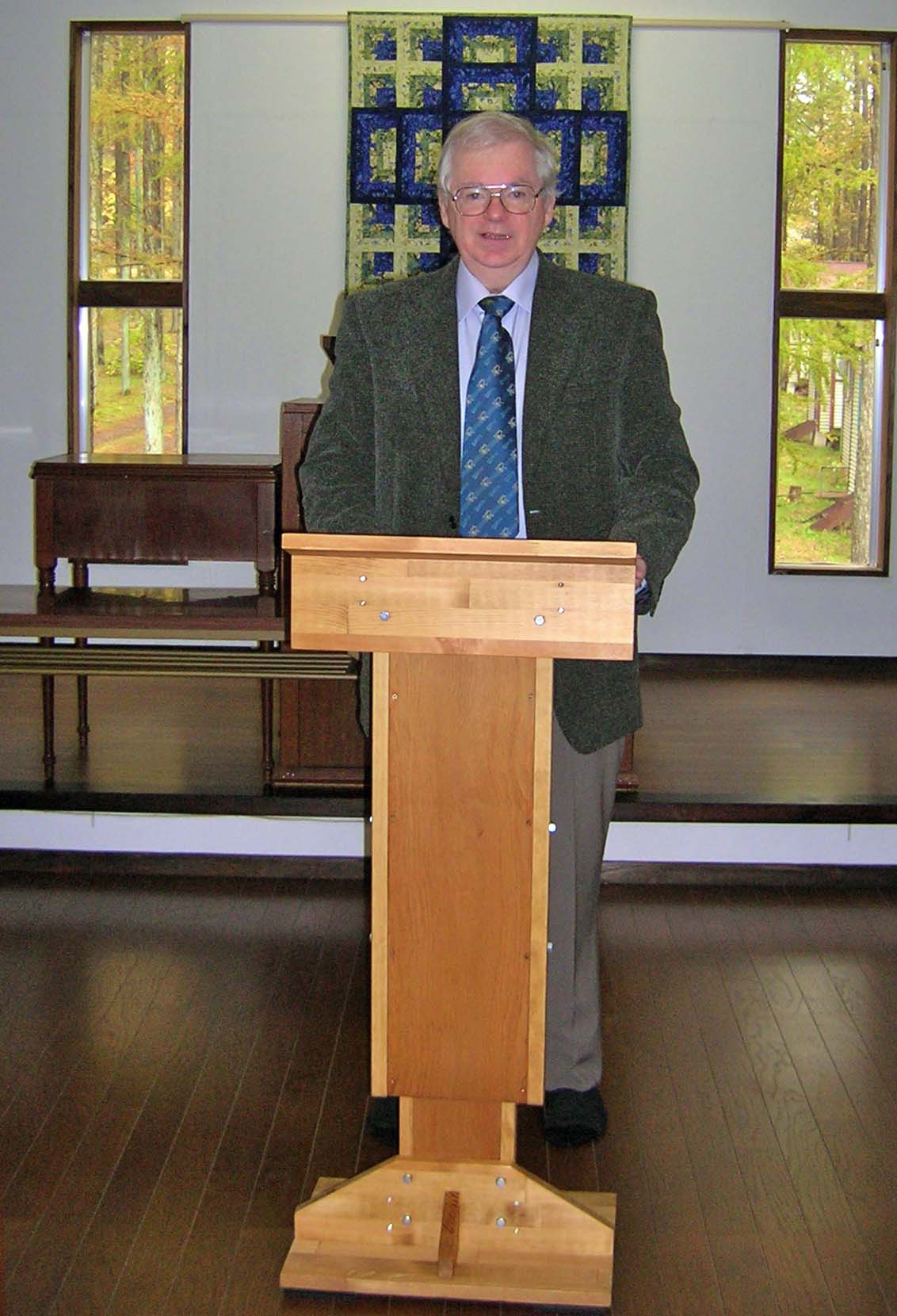 Fall 2011 in Fukushima,using the small lectern that I made for a seminar on small group Bible studies. Nearly all pastors in Japan have large pulpits for preaching, but lecterns for interactive Bible studies are rare. 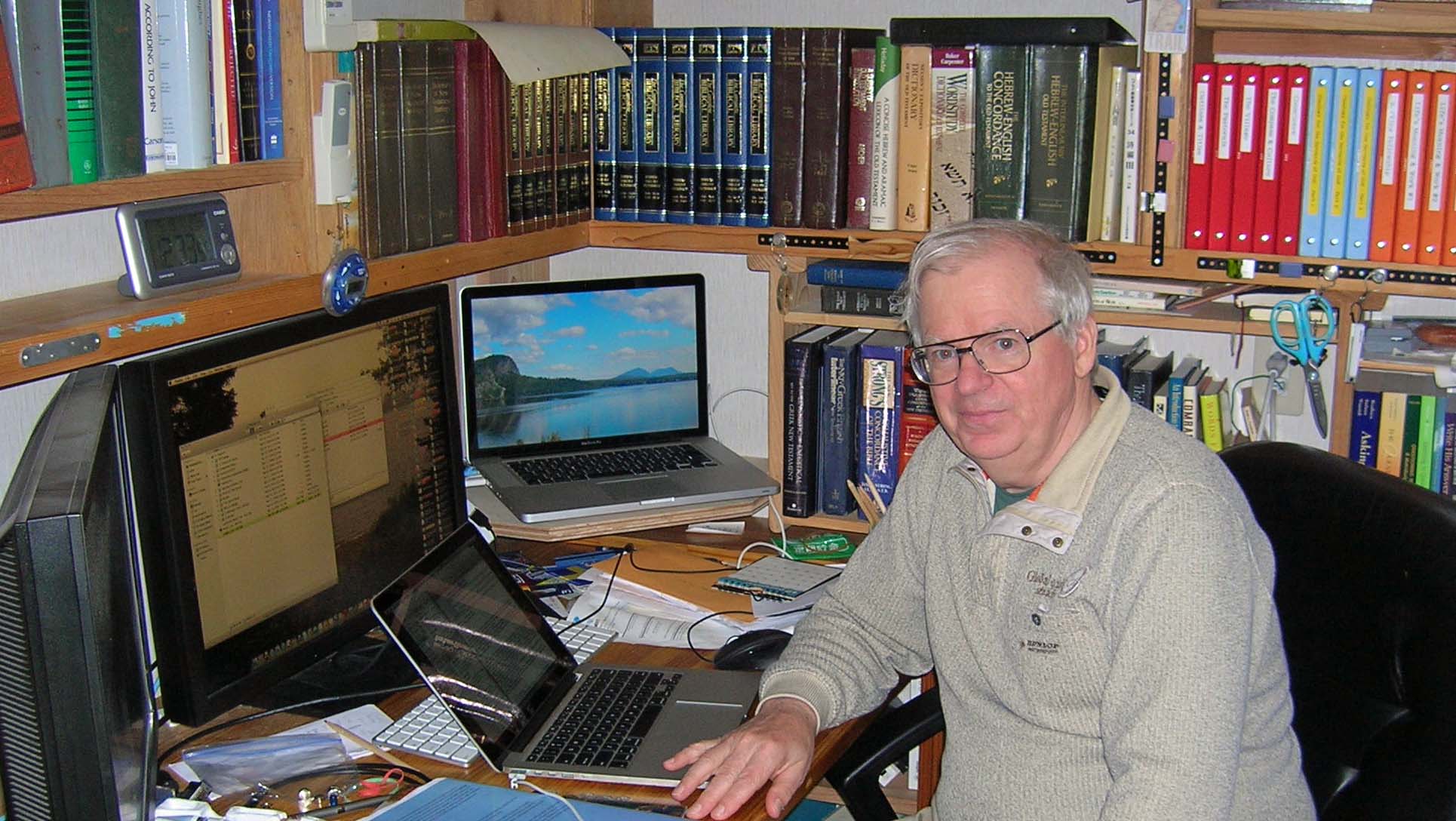 Winter, 2014Jon in his office working on Bible studies or a message. Office work and Mitsy's good cooking added up to extra pounds after a while, but Jon has lost most of the extra weight in 2021. 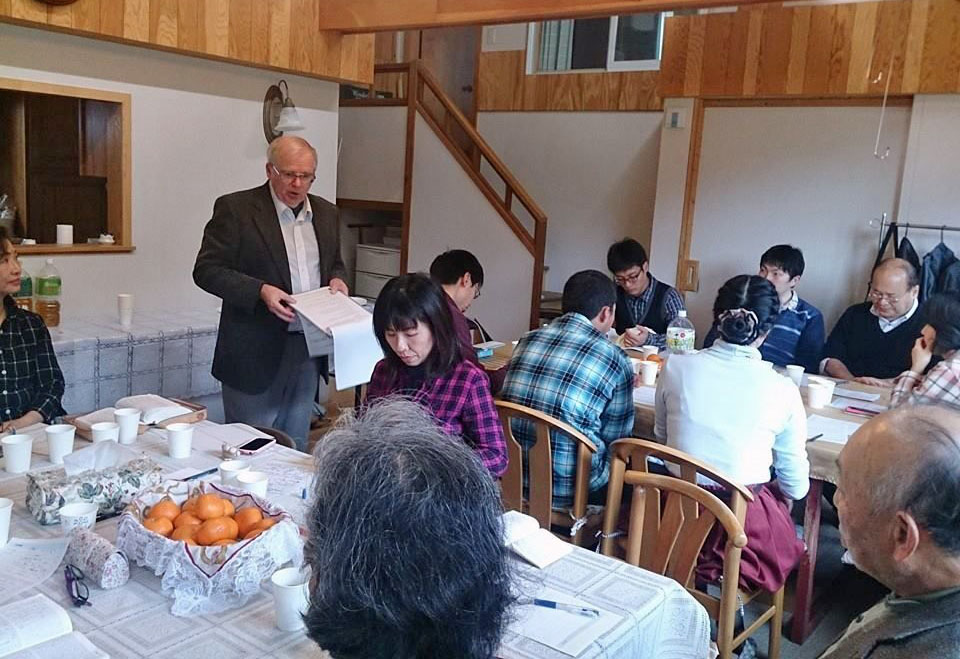 November, 201?,Thanksgiving home meeting in our home, held for the Utanomori (Toyama) church. Mitsy prepared a wonderful turkey dinner. Because of COVID, we have not been able to host large groups recently. 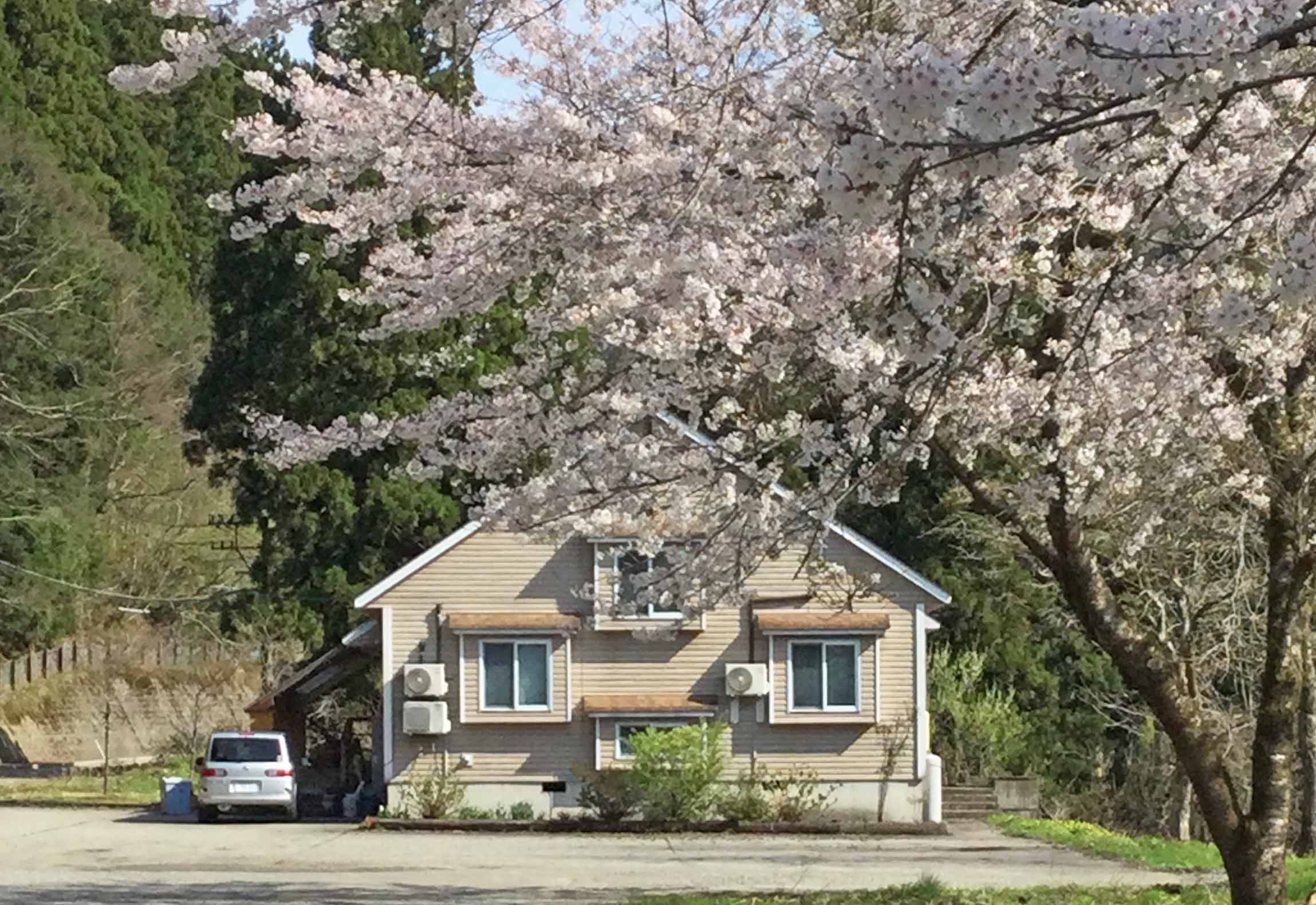 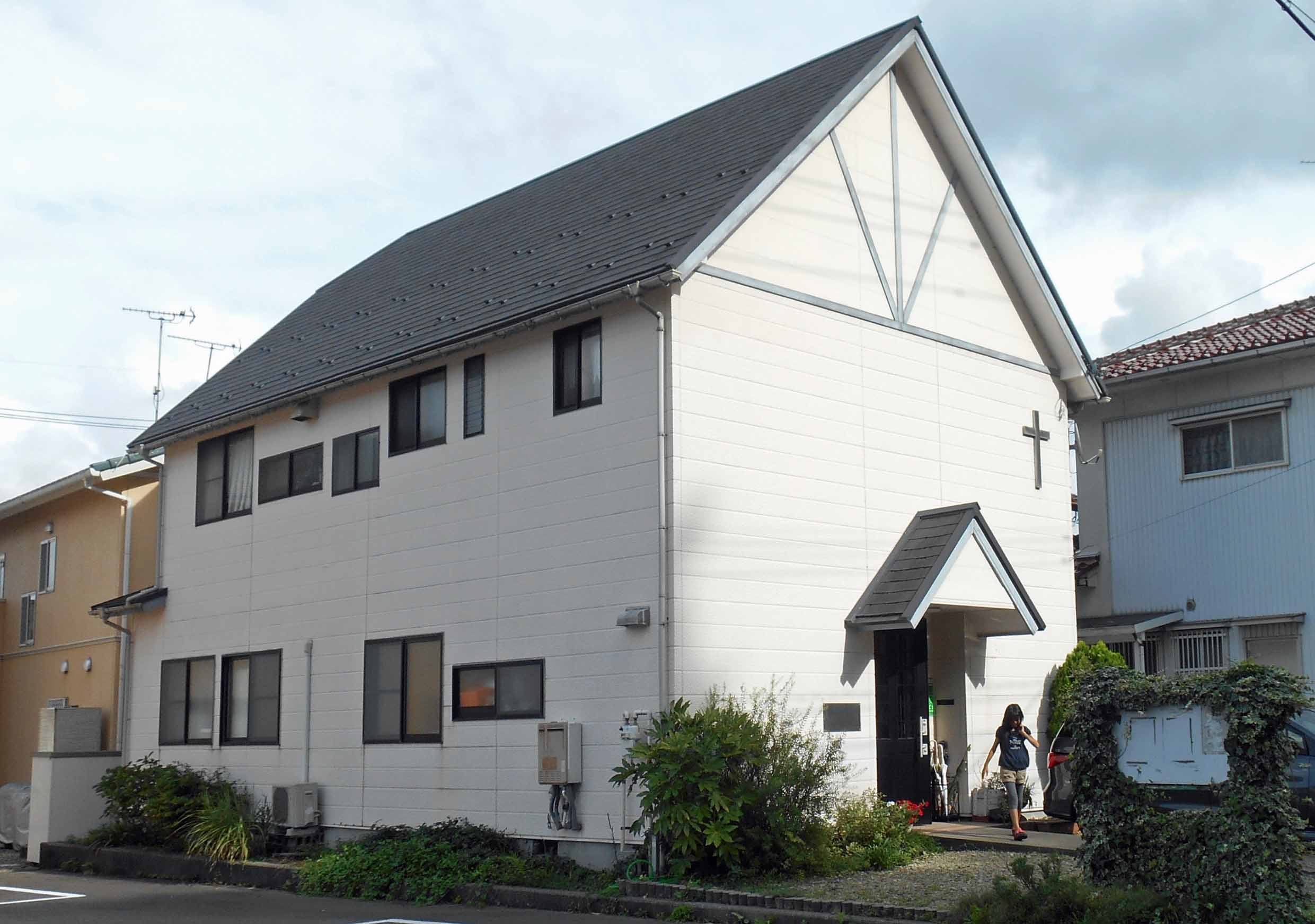 Kanazawa Bible Baptist Church, where we minister most. It is about a 35 minute drive from our house. Jon does many of the mid-week Bible studies, most of which have been online in 2020 and 2021. Mitsy leads a small in-person ladies' Bible study. 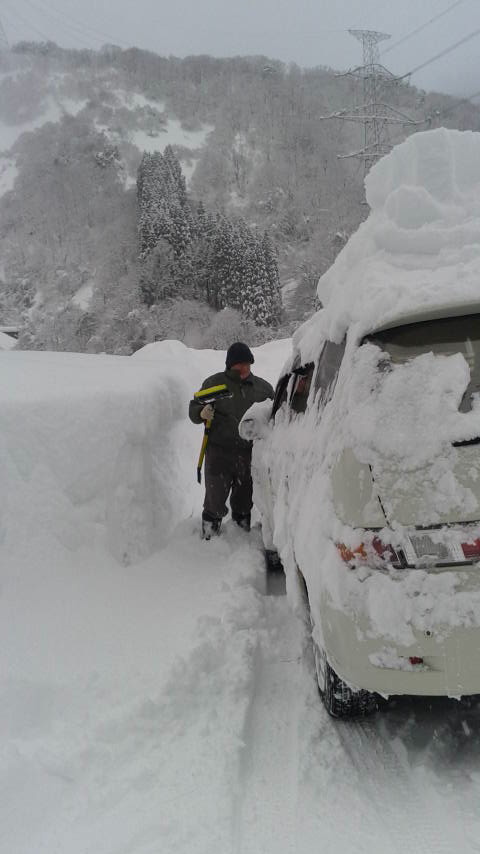 February, 2018, getting the car ready to go to church. (We have four-wheel drive!) There is a ski slope just a 10 minute drive from our house. We DO NOT ski, but we DO a lot of shoveling! -- Thankfully, the town snow plow (which is a piece of Komatsu heavy equipment) does most our short driveway each storm for free! 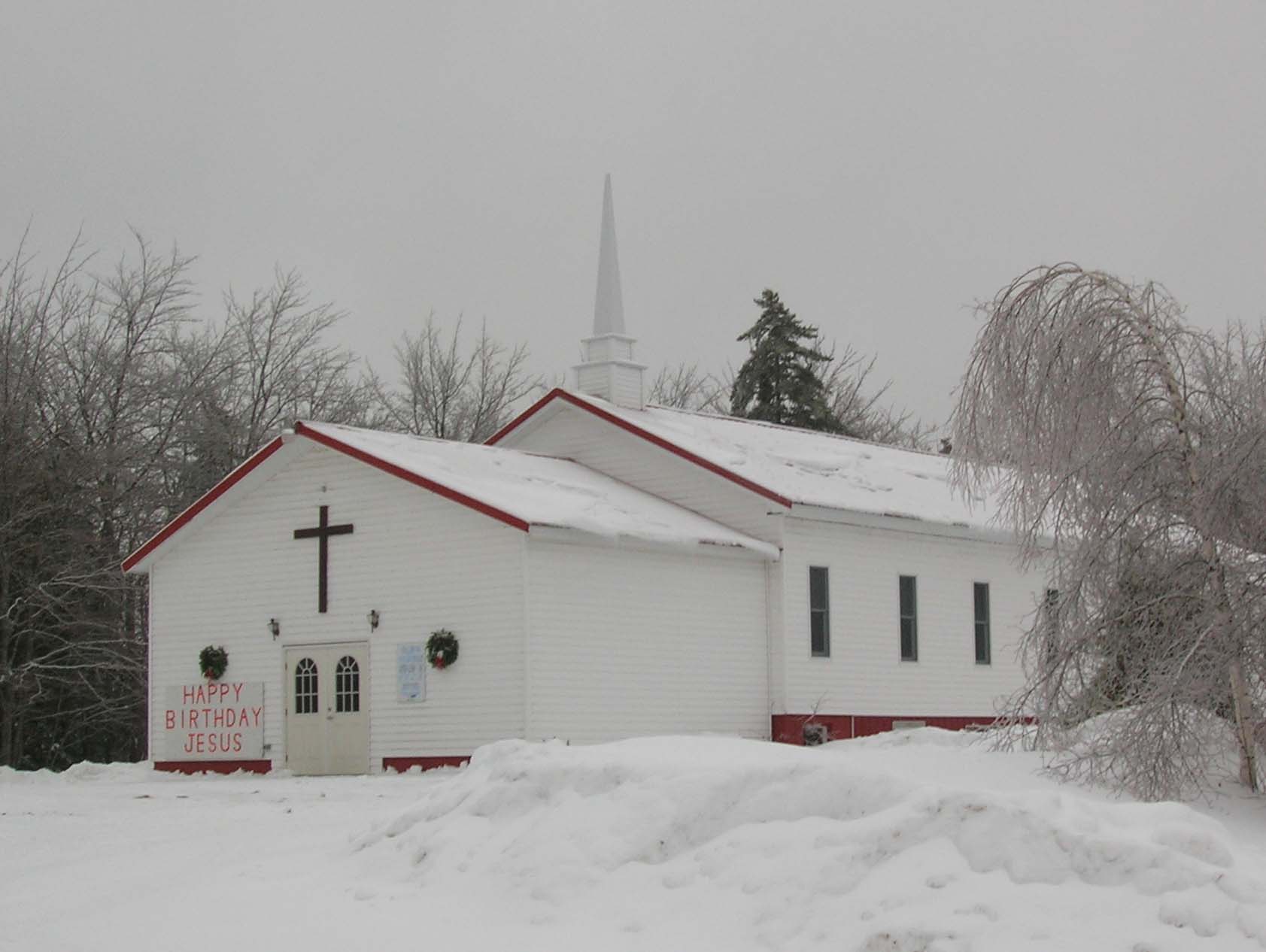 Jon's sending church, The Church of the Open Bible, Alexander, Maine, U.S.A., very near the Canadian border. -- Christmas 2018 after an ice storm. The power was out for days but came back on just in time for Christmas! Our part of Japan is warmer than Maine, but usually gets more snow.